According to Doulingo I am now 35% fluent in Spanish! I have also earned enough Lingots to give my owl some sweet new digs! The rest of my action plan has not fared so well…

Incentive: I have NOT earned my News in Slow subscription yet.

Lessons Learned: I am still learning that summer is a rough time for personal development. I am proud of the progress I have made, and love the Duolingo app on my phone. But I do know that I could have done much better. Rather than focusing on my lack of progress I am going to redouble my efforts and continue improving my Spanish language skills.

One Month Goals: Complete the rest of my existing action plan!

Any words of encouragement are certainly welcome in the comments I as I work to achieve my goals!

I am a huge movie buff so I wanted to use films to improve my fluency in Spanish. 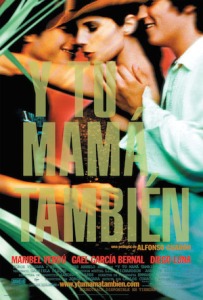 Since I had a hard time with a “real” Spanish film Clayton suggested that I watch Dora the Explorer instead. He thinks he’s very clever, but he did inspired me to watch an animated film dubbed in Spanish. Dubbed live-action movies are distracting because of the disparity between the voice and facial movements, but cartoons just approximate mouth movements. Diction is also much better with voice actors. Besides a kid’s movie is on par with my proficiency level.

When we were on our cruise the television in our room was set with Spanish subtitles. I read loud the Spanish translations of Ant-Man, Avengers: Age of Ultron, Interstellar, and Ricki and the Flash. Comic book movies are well suited to foreign language development. You get the benefit of new vocabulary words, idioms, and simple sentence structure with very few dramatic monologues.

Through trial and error I have found 2 new ways to help build my Spanish skills. There is a great selection of cartoons on Netflix that have been dubbed in Spanish, and if I watch a movie I’ve already seen I will add Spanish subtitles. When I am more fluent I would like to try watching a foreign film for native speakers again.